Our whole discipleship King’s Kids group was able to serve at a Christian Festival with Nick Vujicic in Wroclaw. It was such privilege to bring Peace, Love and Happiness to a place where it was needed. 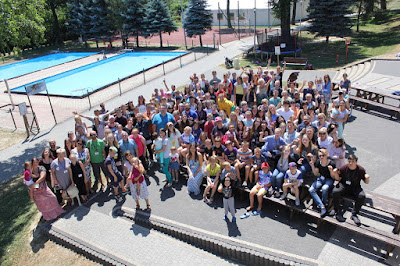 God was really leading us even though we found out that the organizers did not know how to use us. It was strange because when we came we felt that nobody needed us there. When we started to pray God showed us His heart. A heart to bless and be open and sensitive to the Holy Spirit. 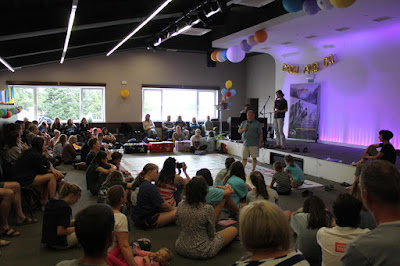 A half hour later we were on the stage sharing testimony and worshiping God because one band who was supposed to come canceled their concert. It was amazing to see people so hungry to listen about what God did in our kids’lives! We were able to pray for people, but as well serve practically by cleaning, serving lemonade or carrying stuff from place to place.

We were very happy to just be together building relationship amongst us! It was so amazing to be in worship and serve others during evangelistic times with Nick Vujicic in the big stadium where around 45 thousand people gathered to listen about Jesus.

A week later we were in the East part of Poland serving among kids from this area. The gathering was called “Within Range” and was challenging preteens to see what their connection with God is like. Our young disciples were able to share and serve by sharing their testimonies. 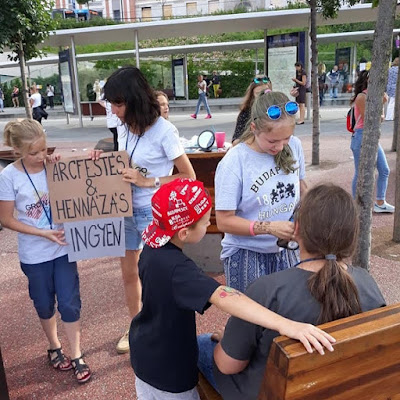 At the end of this month we started our 6th Multi-generation Camp where around 175 people from Poland and other part of the world came to learn how to Grow and Go as a family.

It was an incredible time of learning how important it is to surrender to God to make steps with Him. Weare so happy that God was challenging couples, parents and single parents to see the importance having roots in His word. Our guests were Al and Carolyn Akimoff who did an amazing job challenging all generations to submit to God and go to share His gospel.

Our worship times during the night were such amazing experiences, when Heaven meets earth. the young people were such an inspiration to many adults by praying, prophesying as well encouraging others! God did amazing things around kids and teens! We were able to experience His present and not only keep it to ourselves, but pass it to others! The last day we went to sharethe gospel in three different locations where we simply sing, dance, cleaned up, and talk to people by showing them GOD’S LOVE! We had people respond for the gospel, we saw tears, happiness and real joy! 170 people sharing HIS love! God changed us as well! There are so many stories of how God spoke to us and showed us personal stuff which we were able give it to Him! Hallelujah! 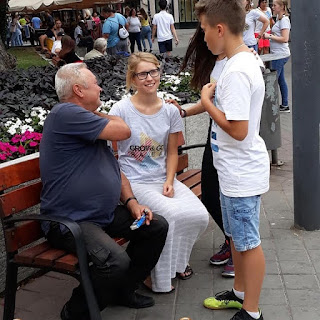 I’m not able to write everything but one of the testimonies which remains in my heart was when a young man shared how God helped him not to commit suicide and how grateful he is that God changed his heart. 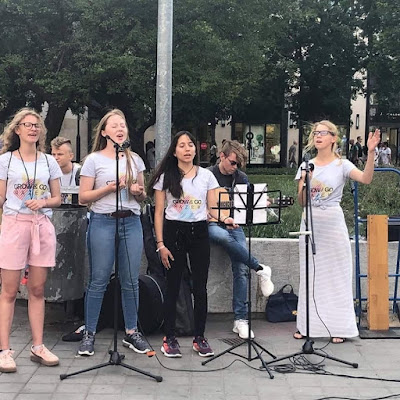 After our camp we went for a week to Budapest in Hungary where we were able to serve with YWAMon the streets, among the homeless, and in churches! it was incredible to observe the young generation growing in His grace! God did amazing thing on the streets! People were praying to receive God in their lives!

God was protecting us as we were serving there as well. There were so many other spiritual things happening around us. People were selling drugs, some pimps were selling woman… But His present and power cleaned this place, even one New Age woman who tried somehow to join us finally saw that Jesus is the reason we are at that place! The metro and trams were also full of worship and bringing God joy! 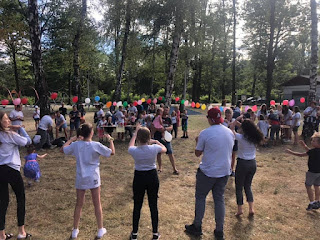 After coming from Budapest we stopped the little town of Ustron in the south of Poland where we worked with a local church! It was such an amazing God time ofreleasingthe potential in kids as well as linking generations! Our God! In the simple ways we were moving and touching lives! The key was encouragement and the simple gospel. Later on some kids went for a mini mission King’s Kids camp where the Holy Spirit touched them and transformed! Hallelujah! 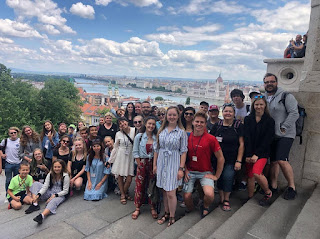 God is working among the young people in Poland!
by Greg Skrobarczyk
Warsaw, Poland
Posted by tabita at 3:24 AM No comments: